Things the World Should Learn from Japan: Equality

I was on a return flight from a brief visit to my hometown, New York City.  So fortunate was I that my flight had been overbooked and my seat was upgraded from Premium Economy (second) Class to Business Premium (first) Class.  It was my first time flying in such opulence so I was quite absorbed in the process of getting acclimated to the condo-like capsule that was my passenger seat when a cabin attendant walked over.  Actually, he wasn’t a cabin attendant exactly. He went by some super-sophisticated yet immediately forgettable title more befitting a five-star hotel than a commercial airplane.

Anyway, the cabin-attendant-not-cabin-attendant introduced himself to me.  His name is Steve and he would like to personally convey to me how grateful he is to have me aboard.  He then proceeded to go on about himself and even asked about me. In total, it must have been a three to five minute conversation that Steve and I had, including subjects such as my life in Japan and the popular HBO cable T.V. program ‘Game of Thrones’, before he politely and dexterously excused himself and moved on to the next passenger seat/capsule to repeat the ritual.

At first, I was simply impressed… Impressed at how amiable and personable some people can be in the course of doing their job.  It was quite a stark contrast to what kind of customer service is more commonly experienced in the American metropolis I had been returning to Tokyo from.  Or was it? That’s when I began to put it together. No matter what they call it, I was in “first class”… a place where people have paid considerably more money than the average person so as to be treated considerably better than the average person.   This gets to an issue that had been vexing and perplexing me during my entire stay in New York and “Steven” really helped me put my finger on it.

Life Out of the Cheap Seats

So there I was sitting in the rich section of the plane.  Where the flight crew talked to you like they really wanted to be there and liked being there with you in particular.  I was thinking about the people in the Premium Economy section of the plane where I was supposed to have been sitting a few rows back. Where the seats were somewhat comfortable and the food was served with real tableware but the staff were just marginally polite if not fairly indifferent to the passengers.  I thought about the people several rows back in the Economy (steerage) seats. Where I can only assume that the people were packed in like cattle and treated little better.

In the so-called “land of the free” where “all men are created equal”, I began to wonder why money makes such a huge difference in the humanity of one’s experience in America.  All throughout my visit to New York City, I was faced with the manner in which the wealthy lived literally above the poor… Enjoying an entirely different experience from the common working-class man and woman.  Not only the wealth gap, but the class and lifestyle distinction based thereupon is evident in everything from healthcare (mental health being a major issue) to transportation.

In just a 30 minute subway ride, you can go from one of the most famously affluent places in New York to a neighborhood that could easily be confused with a third-world country.  And it has mostly to do with how much money people have. But this is no different than it ever had been when I was growing up there. Some might even say that things have gotten considerably better.  So, why does it stand out so frustratingly in my awareness now? Because I have been living in Japan for the past ten years, that’s why.

One thing that is most distinct about Japan is its hospitality, also known as “omotenashi”.  Japanese hospitality, though filial almost to a fault, is nothing like Steven’s folksy form of friendliness to be found in the more well-to-do circles of the Western world.  In fact, Japanese hospitality may seem every bit as impersonal and detached as it is humble and deferential to the customer. But here is why: The old adage that the customer is always correct is stepped up in Japan in a way that Westerners might find it hard to understand.  It is commonly said in Japan, “the customer is god’. And while that sentiment may seem extreme and even sacrilegious to the Western mind, it is in just this way that every service worker is trained to treat every customer without fail and regardless of all other considerations.

It might be overstating it, but not by much, to say that a customer, guest or passenger under Japanese care is ideally expected to feel worshipped as like some treasured deity and even feared as such.  Again, this does not leave much room for the personal touch that quality Western customer service provides. But it is, at least, a consistent etiquette that really amounts to something quite authentic when genuinely appreciated.  After all, how personal is Steven’s shining smile and witty repartee really when you consider that he is only that way because you have paid him to be.

Historic Social Order in the West

It takes only a moderate depth of knowledge of the historical differences between Western and Eastern civilization to get why Americans and Japanese people see themselves and treat each other so differently.  Of course, the entire Western world is based not only on hierarchy but on a hierarchy wherein the lesser serves the greater and without much recompense. Western society is constantly drawing from an extensive history involving masters and servants… slaves and slaveowners.  Much of this has had to do with greater racial diversity. But even in the absence of racial differences, the life of the Westerner has always presupposed there to be those who are to subordinate and those who are to be subordinated.

For better or worse, this system of things has left a defining mark upon the West whereby there are the "haves" who are destined to have more and more and the "have nots" who should be grateful for whatever they can get from the haves.  Hence, an apparent tipping culture has evolved such that many service workers are paid next to nothing by their employers (cheap or free labor) and rely primarily upon the charity of those that they chance to serve. Rendering themselves worthy thereof only by the quality of the service they provide and rendering the customer worthy of such quality only by how much he or she is able to afford. In the end, it all boils down to one thing: "You get what you pay for"... And of that for which you cannot pay, you are undeserving.  The only truly unifying ethos in America is that all have hope and belief in the potential to be wealthy enough (or to have fought enough) to be respected one day and so many are to some extent willing to put up with the indignity that goes along with being treated otherwise until such time as they are.

Cut to Japanese History and Culture

Japan seems to have both a different history and a different outlook springing therefrom.  Like all cultures, Japan has not been without its own hierarchical order. It's something like the daimyo (feudal lords) and samurai (warriors) at the top, the merchants and artisans in the middle and the farmers at the bottom.  This, for obvious reasons: With a history of warring clans campaigning for territorial dominance, it makes sense that the warrior class would be the most highly regarded as the merchants and farmers enjoy the safety and security of life upon their protected lands.  And yet, unlike in the West, Japan exhibits a deep-seeded sense of respect for the farmer (lower class) as the provider of sustenance to all others.

Furthermore, as Japan somewhat quickly moved out of its warring clans period and into its eras of comparative peace, it was the merchant (middle) class that had emerged as the wealth bearer, with yet no more respect afforded them than all other classes and stations.  Upon the bedrock of shinto traditions and under the auspices of Confucian and Buddhist philosophy assuring a sense of honor and respect be shown to all and everyone, there has for long been a sense of equanimity, if not equity, among the people that seems to contravene being so much respecters of wealth and excess as they are deferential to age which has historically been akin to social position.

So where does this leave us?  Are we to conclude that, owing to a fundamentally different history and culture that the Japanese peoples and ways about equality are simply better?  Not at all. In many ways, the West is undergoing a social experiment that has not occured in Japan. Truth be told, we are no more equal than we are the same in any way other than spirit potential.  But, in the absence of the need to grapple with what adversity and strife is necessitated by such diversity of thought and disposition faced in the West, Japan has established a way of being that is peaceful, even if not completely harmonious… comfortable, even if not fulfilling in every way.

This, the world could really stand to learn more about by experiencing it more deeply than the mere taking of pictures and partaking of delicious foods.  Japan is very much a civilizational treasure trove of how to better (even if not best) associate with our fellow citizens in a way that is disarmingly structured to be least likely to lead to conflict.  As weighty worldly matters are mitigated and meted out by the powers that be, we can at least treat each other with a bit more civility and cordiality in the process. In this day and age, I believe that to be exactly what the world needs.

Come check it out! 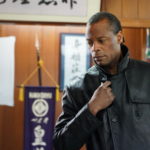 What the World Could Learn About Japan: Honor

What is Honor? One can hardly speak for long about Japanese history and culture without mentioning t ... 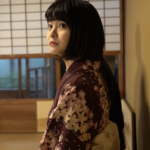 Things the World Should Learn from Japan: Peace

The So-called Unassailable Concept of Peace Speaking of “unassailable concepts”, there are innumerab ... 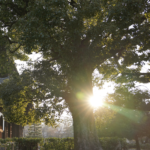 So here I am all excited to hear that the G.T.A. Japan videos are finally going up on YouTubeVR.&nbs ... 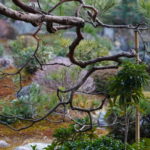 Things the World Could Learn from Japan: Introduction

Surprise? Much of the factual information in this blog should come as no new revelation to people li ...

PREV
Things the World Should Learn from Japan: Peace 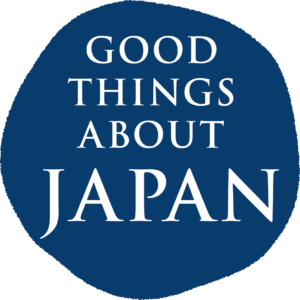 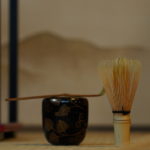 Things the World Should Learn from Japan: Equality

Back to Japan I was on a return flight from a brief visit to my hometown, New York City.  So fo ...

Things the World Should Learn from Japan: Peace

The So-called Unassailable Concept of Peace Speaking of “unassailable concepts”, there are innumerab ...

What the World Could Learn About Japan: Honor

What is Honor? One can hardly speak for long about Japanese history and culture without mentioning t ...

Things the World Could Learn from Japan: Introduction

Surprise? Much of the factual information in this blog should come as no new revelation to people li ...

So here I am all excited to hear that the G.T.A. Japan videos are finally going up on YouTubeVR.&nbs ...